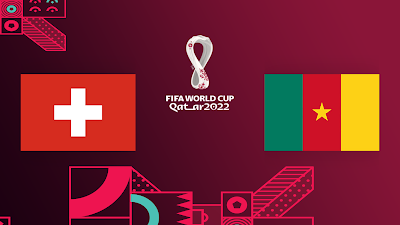 FT: Breel Embolo’s goal sends Switzerland to an important three points in their quest to qualify from Group G. The World Cup can work in cruel ways as Embolo was born, yes, in Cameroon. He decided against celebrating.

Cameroon started brightly but ran out of steam as the game wore on. The Swiss managed this game perfectly.