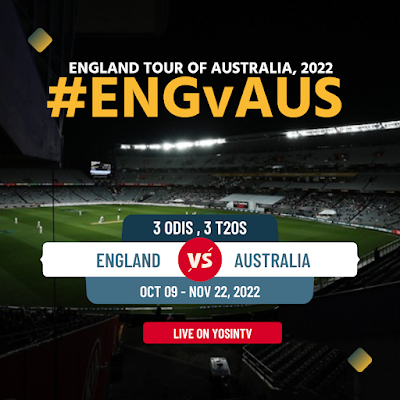 When: Australia vs England, 1st ODI, 01:50 PM Local Time
Where: Adelaide Oval
Preview:
England find themselves on the highest of white-ball pedestals. From a few rungs down below, Australia can only begrudgingly applaud, knowing all too well the peaks of dominating limited-overs formats. If last year was proof that Australia do take their T20I game seriously too, this past week was the clearest indicator of how far beyond England are in these two formats than all of their peers. They now hold both the 50 and the 20-over World titles, with the latter won at the hallowed MCG, much to the chagrin of the hosts.

But there's a quick opportunity for a fresh start. The current cricket calendar doesn't allow the victors of a major tournament to indulge in too much revelry, and neither can there be wallowing in disappointment for those that didn't go far. Australia will be glad about the latter as they get stuck into action right away. There's an ODI World Cup coming in less than a year's time, building up well for which comes with the added motivation of being able to put a stop to England's recent white-ball supremacy.